The Connection Between Hip and Knee Pain 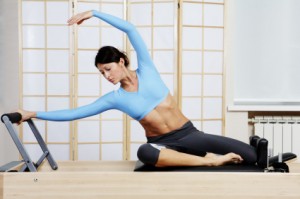 As the weather gets nicer, many people want to get outside and start exercising such as running or jogging which ends up resulting in more visits to doctor’s office due to knee and hip pain.  Many people don’t understand the connection between hip and knee pain and why they often two common pain symptoms that happen simultaneously.

People that go out and try to run after they’ve been sitting in a chair for most of the day. The body will tend to try to accommodate any container that it has been in most of the day.   If you spend a good bit of our day in chair just sitting at a desk, the body will get cues that your body should be shorter so when you stand up you won’t completely extend in the hip.

This ends up resulting in hip extensor shortening.  If you look closely at the hip flexors you will see the front side of the spine, especially the lumbar area such as the psoas major and psoas minor. The attach to the upper part of the hip flexors and the thigh bone. When those muscles shorten which are attached to the hip flexors, the gluteal muscles or the hip extensors but the muscles don’t work as well.  The gluts will work well as cushions to sit on but not something that will help get you down the running trail.

The fiber orientation on the gluteal muscles extend back down the legs and rotate the foot externally back.   So as these muscles are shorter and weaker they will extend back and rotate the foot out which will make the foot track out towards the midline.  So that person with the inhibited gluteal muscles tries to squat and rise you can see their knees collapse towards the middle or the midline. That is not a safe and healthy knee position.  The knees were meant to be a hinge joint.

If unhealthy movement patterns happen slowly and repetitively in a runner that can cause a condition such as patellar femoral tracking disorder as the kneecap is pulled across the front side of the knee. If that happens quickly and sharply with a cutting move such as a soccer player that can cause an ACL tear.

So you want to keep the hips working properly by having healthy, and stretched gluteal muscles.  You want the knees working directly above the ankles so that the knees can track well. There are various exercises for strengthening and stretching than can help with your gluts, psoas, hip flexors so that you knees can track properly and you can avoid pain.